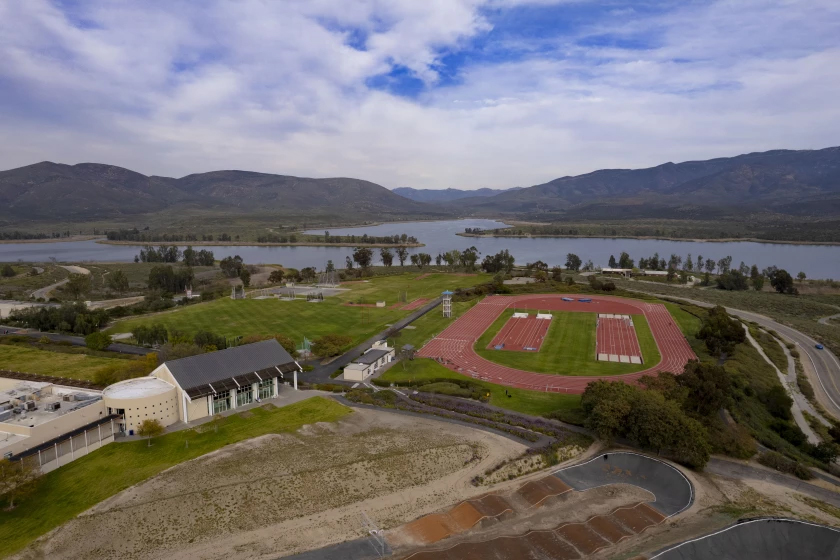 The Chula Vista Elite Athlete Training Center was facing financial challenges before the pandemic hit. COVID-19 forced it to take a hard look at how it does business.

In the last two years, the facility endured state-mandated lockdowns, lost $5 million in revenue and could have lost millions more if its most important tenant — the U.S. Olympic and Paralympic Committee — had not agreed to pay a total of $6 million in 2020 and 2021.

But the center is embracing a new business model that the city, which owns the 155-acre campus, and its operator Elite Athlete Services, believe will secure a more stable future.

More importantly, they say the changes will make it a world-class training and performance center, just in time for the 2028 Summer Olympics in Los Angeles.

“With the world’s eyes focused on L.A. in 2028, I believe that we are uniquely qualified to play the most important role of any training center on Earth,” said Brian Melekian, Elite’s president. “And I don’t think that’s hyperbole, because we’re geographically close and we have a facility that nobody else in this world has.”

The campus has opened its doors to many U.S. teams including archery, rugby, soccer, track and field and paralympic track and field, as well as teams from other countries such as Canada, India and Qatar. In the Tokyo Olympics held last year, 93 medals were won by athletes who trained at the Chula Vista campus.

The goal, Elite officials said, is to have 100 gold medals come out of the facility — 50 from Team USA and another 50 from other countries — in the 2028 Olympics.